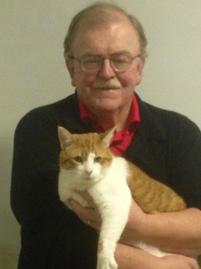 Claysburg PAST presented a Veteran's Show on Saturday, December 1, 2018.  The focus was on local veterans and their stories along with a narrative history of the wars of the United States.  The show included a musical tribute of patriotic songs and military songs.

The PAST group also wanted to recognize the Blair County Honor Guard for their service and dedication by attending funerals of their fellow veterans.

The show included storytelling, narratives and slide presentations beginning with local stories about the Revolutionary War and progressing through time until present and rousing musical songs by the Claysburg Community Chorus under the direction of Danny Crist.  There were serious stories, some comical antidotes along with a large amount of memorable photos.

However, the Blair County Honor Guard presenting the colors or American Flag and a reading on the story of Taps presented by Bob Gordon along with a bugling of Taps by PA Senator John Eichelberger and the Claysburg Chorus adding their musical version did include a somber touch to the evening.

The tone of the night overall was telling stories, photo slide presentations  and presenting music as a means of continuing to preserve the history of the Claysburg area.

Approximately 150 people attended the event.  All veterans and all students were admitted free of charge.  There are plans already for another show next year highlighting other veterans and stories.  Please send your stories to Elaine Smith via email to:    emsmith@pa.net or by calling her at 814-937-3397.  Our sincere thanks to John and Elaine Smith for researching, writing and putting this show together over the last six months.  We plan to try and publish the show in January on a thumb drive.  Watch for information. 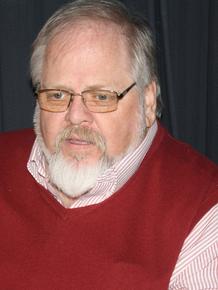 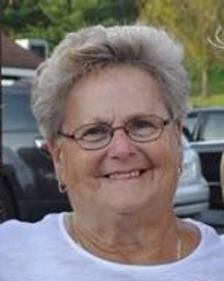 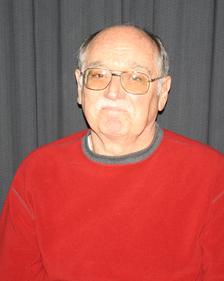 under direction of Danny Crist

The Storytellers, Narrators and Researchers 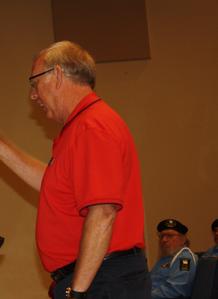 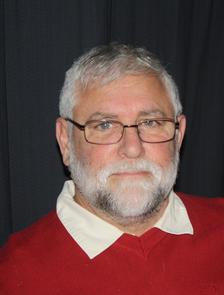 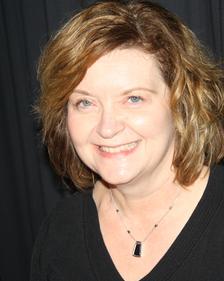 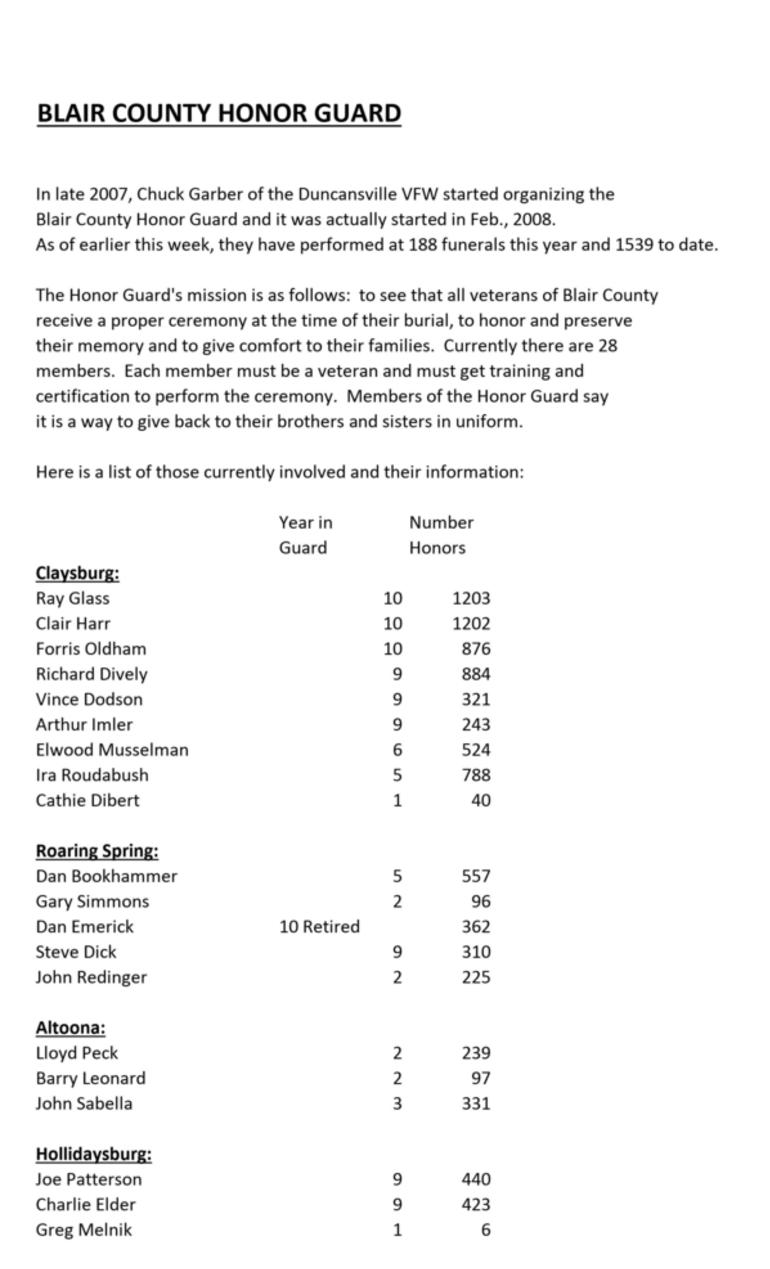 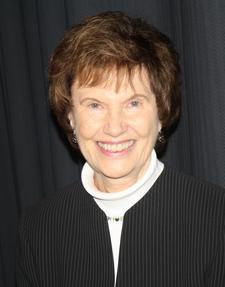 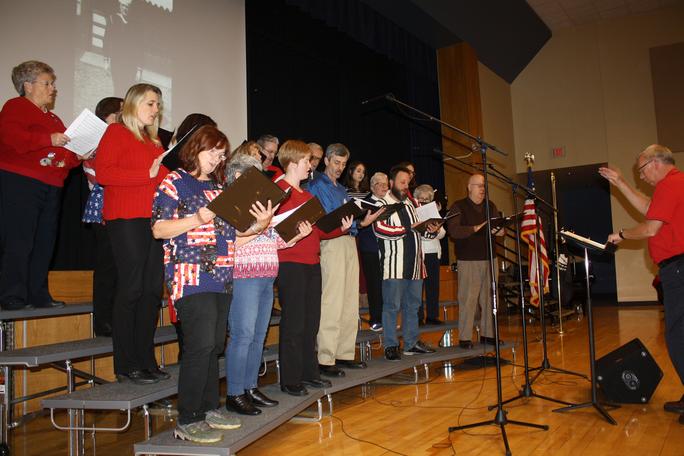 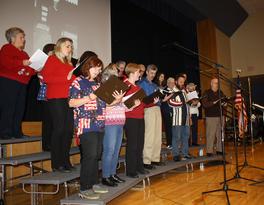 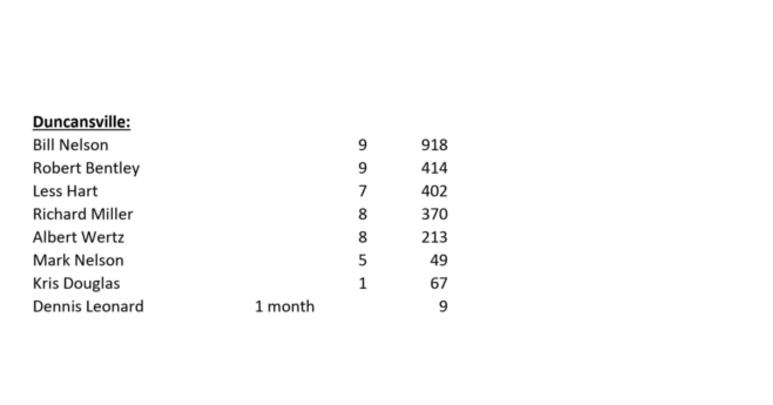 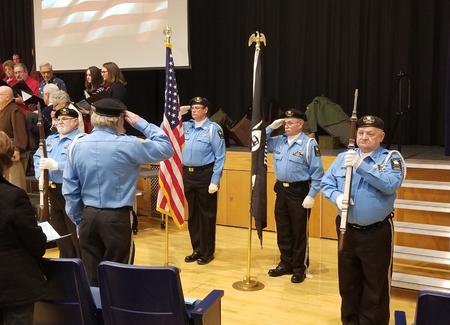 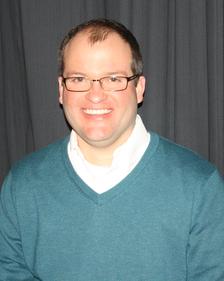 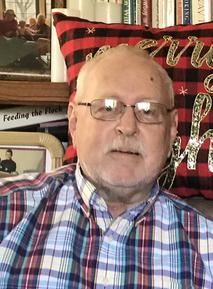 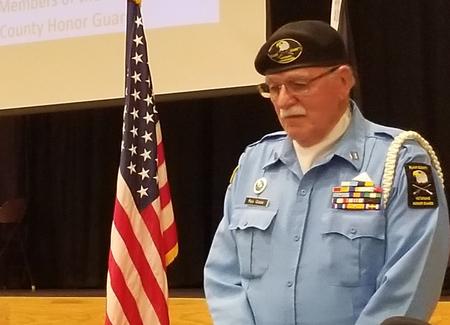 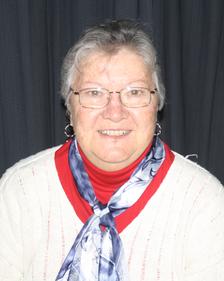 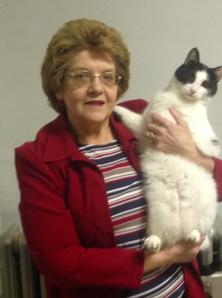 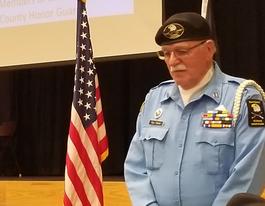 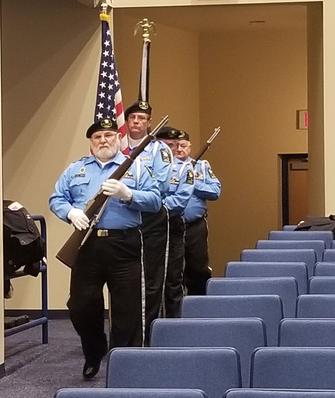 Claysburg PAST Veteran's Show Program from Dec. 1, 2018 - Video Available On-line -  No Charge by Clicking Here or Clicking Either Picture: