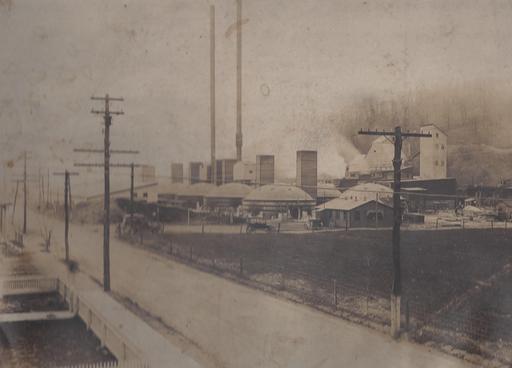 Construction of kiln tunnels at Claysburg Plant. Beford Street is located at top of photo.  Circa 1914. 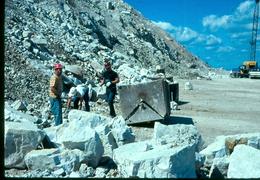 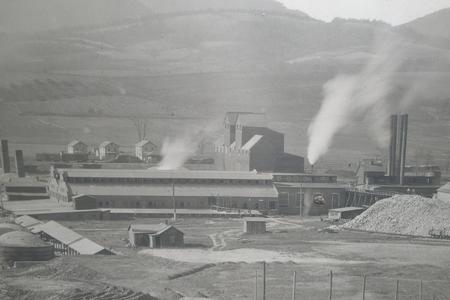 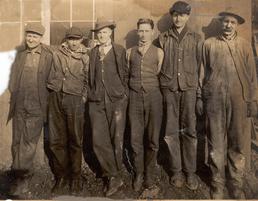 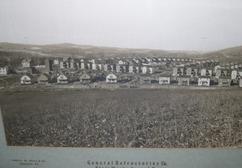 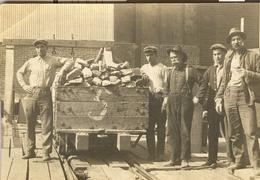 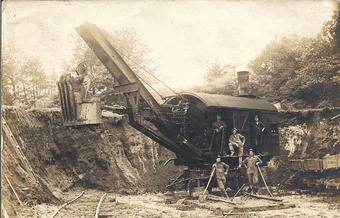 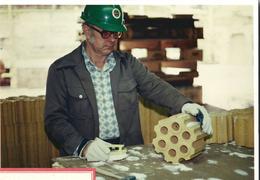 Insection of silica stove checks by Lester Smith for Hoogoven's blast furnace.  Circa 1982. 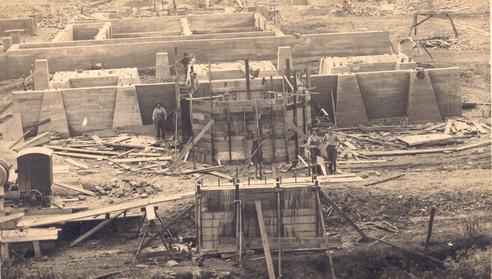 The Claysburg plant continued operation with many peaks and valleys in employment through the 1960’s and 1970’s with a peak employment of 325 during that period. The recession of 1982, the decline of major integrated steel, imports of steel, imports of silica brick and major workmen’s compensation costs were the final blow for the Claysburg plant’s silica production in 1984.

What small amount of silica orders were available were transferred to the Utah plant of General Refractories. However, the Claysburg plant attempted to diversify into other products with limited success and finally ceased operations in June 1987.

The Sproul plant continues to be a very successful operation under the division of Harbison Walter Refractories and its parent company ANH Refractories providing stable employment for its workers.

The workers and management teams at both Claysburg and Sproul had a long tradition of supplying some of the best quality materials in the industry.

Unfortunately, technology and the cost of competing with third world countries has essentially eliminated American production of silica brick.

As technology advanced in the refractory industry, the need for silica brick tremendously diminished in the late 1950’s. In 1958 rosters showed 190 working at Claysburg and 12 at Sproul.

The transition from coal burning bricks to natural gas in 1951-1952 resulted in the loss of 100 jobs at Claysburg. 200 tons of coal would be used for the manual firing of one kiln. When natural gas was installed in Claysburg and Sproul, they used more gas than all other areas of Blair County combined. In 1982, the Claysburg Plant natural gas bill was approximately $200,000 per month and the electric bill was $20,000 per month.

Because of closing other silica plants, employment increased in 1959 with Claysburg showing 458 employees and 220 at Sproul. However, Sproul closed in 1960 from manufacturing silica brick, but fortunately re-opened in 1962 manufacturing refractory specialties or mortars, castables, etc.

​History of General Refractories Co. in Claysburg and Sproul!​ 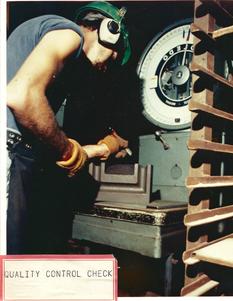 View of Sproul shortly after houses were built for employees.  View is looking north toward Railroad Street.

Excavating ground for construction of Sproul Plant.  Circa 1911.

Silica bricks drying on hot floor at Claysburg.  Circa 1982.

and the Booming Growth

of Claysburg and Sproul!

Some of these photos are from the General Refractories - Claysburg Plant in 1982 or 35 years ago. Take a look and see if you recognize some of these people. The 25 year olds would now be 60 year olds!

In the spring of 1982 employment at the Claysburg Plant was approximately 325 people.

Silica Bricks were made mostly from the ganister or silica rock from Dunnings or Sproul Mountain. Bricks were pressed or handmolded and placed in dryers to set-up or firm up before being loaded into kilns.

When the kilns were full which would take 3-4 days to load, they had the doors “mudded” or cemented shut, and the burning or firing process began. Just like fine china in a kiln, the brick had to be carefully burned with temperature holds at certain times for the conversion from quartz material to cristobalite and tridymite to assure that a total and complete burn was accomplished. The burning process could take up to 8 days with temperatures reaching 2700 degrees.

The cooling process was another 7 days until the brick were cooled down to ambient room temperature. Then the kilns were unloaded in a period of 2-3 days. Each kiln
contained approximately 450 tons of bricks of which approximately 225 tons was
finished product and the remainder was “kiln furniture” or the bricks used to support and protect the good refractories.

Bricks were then taken to the warehouse for inspection. In the case of coke oven bricks and blast furnace stove brick, each brick was hammer tested to assure that there were no internal flaws or cracks. Also, they were individually visually checked for cracks, chips and other defects.

Brick were then packaged and shipped generally by truck and sometimes by rail to the ultimate customer.

Both Sproul and Claysburg prospered with the employment these plants provided. In the early 1920’s many people came from eastern Europe and worked in the plants. Also, African Americans from the southern United States came here for employment.

Claysburg and Sproul were melting pots of different nationalities and all worked and lived well together.

Through the years, production of silica brick at Sproul and Claysburg accounted for much of the town’s employment. In 1946 combined employment at both plants was 714. In the mid 1950’s, the number had fallen to 350 workers. 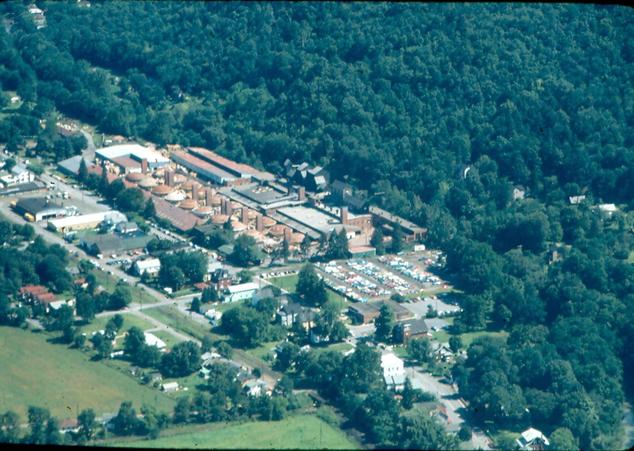 Claysburg Plant was Built in 1914 by Standard Refractories. 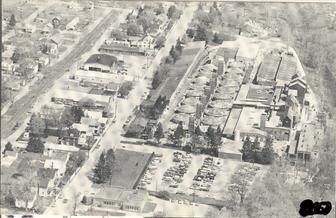 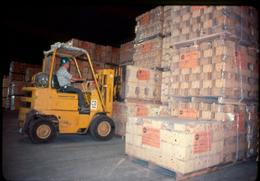 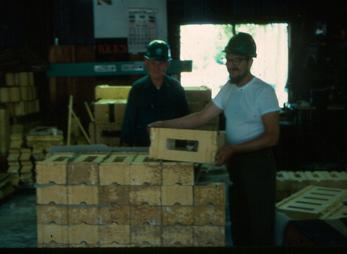 ​Silica bricks being readied for shipping in warehouse at Claysburg by Thelma Albright.  Circa 1982.

Inspecting coke oven shapes by Wilmont Evans and Frank Clinich at Claysburg.  Circa 1982. 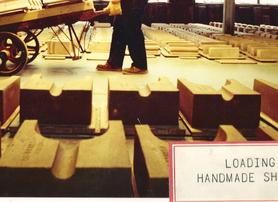 Unloading Ganister rock from mountain tipple at Claysburg.  Circa 1920's.

Claysburg Plant along Bedford Street.  Circa 1920. 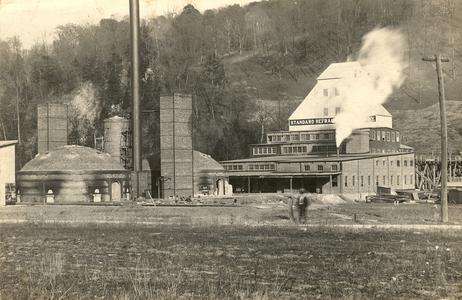